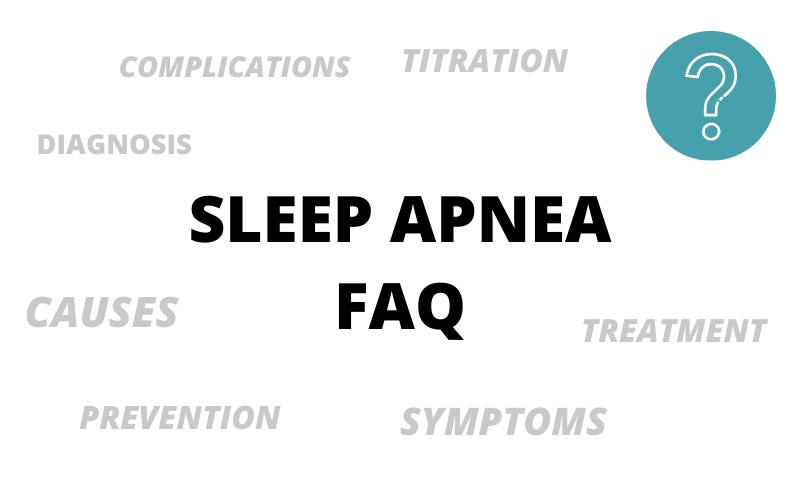 What is sleep apnea?

Sleep apnea is a serious sleep disorder in which breathing periodically stops and resumes when the person is sleeping. The most common form of the disorder is Obstructive Sleep Apnea (OSA), with an estimated number of more than 100 million people over the world suffering from it. Most of those people do not even know that effective treatment is available.

How sleep apnea affects your heart?

As the majority of sleep apnea sufferers are constantly awakened during the night, this results in poor sleep quality and severe exhaustion during the day. Studies have found a correlation between sleep apnea sufferers and poor cardiovascular health, with the disorder present in up to 80% of people with cardiovascular disease. The scientific estimation is that when left untreated, sleep apnea may increase the chance of dying from heart disease by up to 5 times.

Are sleep apnea and asthma related?

Yes, airlines allow patients to use medically necessary device while they are flying. But it is a good safe measure to bring your medical case history (epicrisis) with you, just in case an airline official asks you to prove that you a doctor has prescribed you CPAP therapy. Travel CPAPs are also allowed on airplanes, but you should check with your airline in advance as some airlines require advance notice. IMPORTANT: Do not check your CPAP machine as it might get delayed, damaged or stolen! And make sure that the humidifier does not contain any water inside it.

What are the most common sleep apnea symptoms?

The most common sleep apnea symptoms include strange snoring, choking during sleep, daytime fatigue or sleepiness, difficulty concentrating. Untreated sleep apnea can lead to serious health consequences, but with treatment many people see dramatic improvements to their quality of life.

If you leave your sleep apnea untreated, it can cause serious health complications. Standard Positive Airway Pressure (PAP) treatment, however, can remove the debilitating sleep apnea symptoms and significantly improve the patient’s quality of life.

Are sleep apnea and snoring the same thing?

No, just because you snore doesn’t mean that you have obstructive sleep apnea, and the two terms are definitely not interchangeable. The vast majority of people with OSA snore, but only some snorers actually have sleep apnea. Normal snoring does not wake you up whereas sleep apnea snoring does, even if you don’t realize it (your brain does). If you snore but do not wake in the middle of night to gasp for air, do not feel exhausted during the day and your partner hasn’t heard strange snoring noises coming from you, then chances are that you do not suffer from sleep apnea.

Are sleep apnea and COPD related?

Just like with sleep apnea, patients with severe COPD often suffer from unhealthy sleep, exhibiting insomnia, developing daytime sleepiness and chronic fatigue. Studies have found that OSA is present in 10-15% of patients with Chronic obstructive pulmonary disease. In such cases, when these two conditions overlap, there is an increased related risk of hospitalization and death.

When is sleep apnea serious?

Just like any other serious disorder, obstructive sleep apnea (OSA) is classified by the degree of severity. According to the severity, there are three types of OSA: mild, moderate, and severe sleep apnea. The classification relies on the calculation of each patient’s personal AHI index measuring the occurrence of apneic and hypopneic events per hour of night’s sleep. If your AHI is between 5 and 1, that means that you have Mild sleep apnea. An AHI index between 15 and 30 indicates the presence of Moderate OSA, while an AHI greater than 30 indicates a Severe form of the disease.

When is sleep apnea severe?

Sleep apnea is considered as “severe” if the pateint’s AHI (Apnea Hypopnea Index) is greater than 30. That means that the patient is experiencing more than 30 complete cessations of breathing per hour of sleep. The AHI index is calculated by special sleep monitoring devices or by undergoing a polysomnography sleep study at a sleep facility.

Sleep apnea was first discovered in 1965 when it was thoroughly described by Richard Jung and Wolfgang Kuhlo in the book Progress in Brain Research, chapter ‘Neurophysiological Studies of Abnormal Night Sleep and the Pickwickian Syndrome’.  The year 1981 marks another big milestone in sleep medicine, with the discovery of the most effective sleep apnea treatment method – the use of continuous positive airway pressure, or CPAP therapy. The inventor of CPAP therapy is the Sleep Innovator Award winner, professor Colin Sullivan.

Can sleep apnea be hereditary?

Although the inheritance pattern of obstructive sleep apnea remains unclear, OSA can be considered genetically inherited, as family history has shown to do play a role in developing the disorder. For instance, you can inherit a narrow airway or snoring from your first-degree relatives, as both are hereditary and factors for OSA.

Can sleep apnea cause headaches?

Yes. Morning headaches go hand-in-hand with the presence of obstructive sleep apnea and commonly reported by OSA sufferers. Sleep apnea headaches are the result of he constant breathing stops that you experience during apneic events, during which the amount of oxygen supply to the brain is heavily reduced. Low oxygen levels to the brain may cause widening of blood vessels and vascular headaches.

When to treat sleep apnea?

If you have a mild form of sleep apnea, your doctor may recommend that you only make some lifestyle changes to alleviate the symptoms. For Moderate and Severe forms, more actionable treatment is recommended, such continuous positive airway pressure (CPAP) therapy. If you suspect that you may be suffering from OSA, make sure to seek professional help and diagnostics to know if you require treatment or a simple lifestyle change would suffice.

Which medications cause sleep apnea?

Some medications may increase the risk of sleep apnea as they are generally associated with weight gain. Among these are antidiabetic drugs, antipsychotics, antidepressants, adrenergetic blockers. Certain medications prescribed for pain, sleeping and anxiety as well as some muscle relaxants often worsen obstructive sleep apnea and its side effects. To avoid such risks, always make sure to inform your doctor about your OSA condition as these medications can be dangerous when you suffer from sleep apnea.

Will sleep apnea go away?

In some cases, sleep apnea will go away if the person loses weight as weight has a direct correlation to the narrowing of the airways. Depending on the severity of the condition, losing weight can both alleviate OSA’s debilitating effects on the sufferer’s lifestyle and reduce the risk of heart disease, diabetes and hypertension, to name a few. Unfortunately, in the most cases, sleep apnea is a chronic condition that will not go away on its own, requiring a more effective and direct approach when it comes to treatment (CPAP therapy for example).

Can sleep apnea cause brain damage?

Any destructive disease preventing the brain from receiving oxygen can cause brain damage. With OSA there are periodic pauses in breathing which directly affects oxygen supply to the brain. There has been much research into the neuropsychological damage caused by severe OSA. Fortunately, there has been records of improvement in brain health (grey matter volume specifically) after several months of using CPAP therapy.

Can sleep apnea cause dementia?

Sleep apnea increases the risk to developing dementia as the former in its capacity to starve the brain of oxygen has been tied to the condition of brain structure. What’s more, research has shown that apnea-disordered breathing causes a buildup of beta-amyloid in the brain — a protein involved in Alzheimer’s disease.

Can sleep apnea cause weight gain?

More than half of people with sleep apnea are overweight, and the correlation between the two has been thoroughly researched. It has been shown in research that sleep apnea can cause weight gain. The reason for this is the poor sleep quality OSA sufferers have, influencing the production of appetite increasing hormone. In addition, daytime sleepiness caused by OSA naturally decreases physical activity, which in turn contributes to gaining pounds. In OSA sufferers with type 2 diabetes this can be particularly worrying, which is why you should consult with your doctor if you suspect that you might be OSA.

The way that sleep apnea affects blood pressure is putting a significant strain on the cardiovascular system due to the constant nighttime drops in oxygen levels. OSA increases blood pressure and the risk for stroke and heart attack.

At CPAPEUROPA we are dedicated to providing the largest selection of CPAP equipment and supplies to Sleep Apnea patients in every European country!

Any cookies that may not be particularly necessary for the website to function and is used specifically to collect user personal data via analytics, ads, other embedded contents are termed as non-necessary cookies. It is mandatory to procure user consent prior to running these cookies on your website.